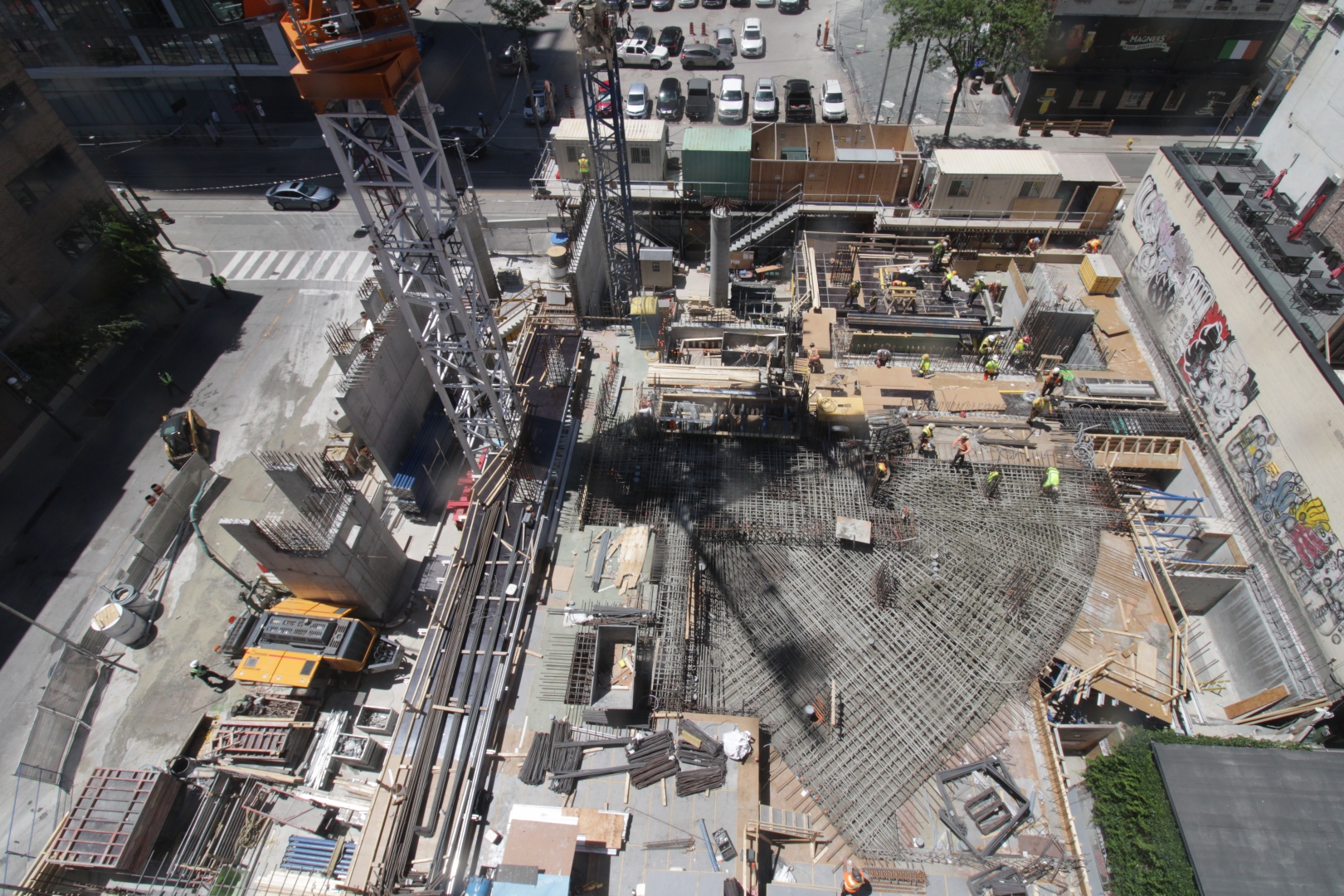 Work will continue on forming, pouring and finishing sections of the 2nd Floor this coming week.

The East Gate, which will be the second gate entrance to the site, may begin being installed on Monday, June 20th.

While we  still do not have confirmation on when the rolling scaffolding be installed on Lombard Street to replace the current fencing, it is still planned to occur as soon as possible. Supply chain issues have affected the order of the scaffolding, so we expect the current fencing to remain in place for the time being.

Minto Communities’ consultants will also be studying the traffic movements on Lombard Street as part of planning exercise to develop a more long-term hoarding strategy for the site. Minto will be working on this plan with City staff, the Councillor’s office, and local neighbours. We expect that we will have an update on that later in the summer.

Regular concrete deliveries  and rebar (steel) deliveries are expected through the coming week.

Paid Duty Officers will be on site as needed, along with traffic control staff, to assist with the safe movement of pedestrian and vehicle traffic.