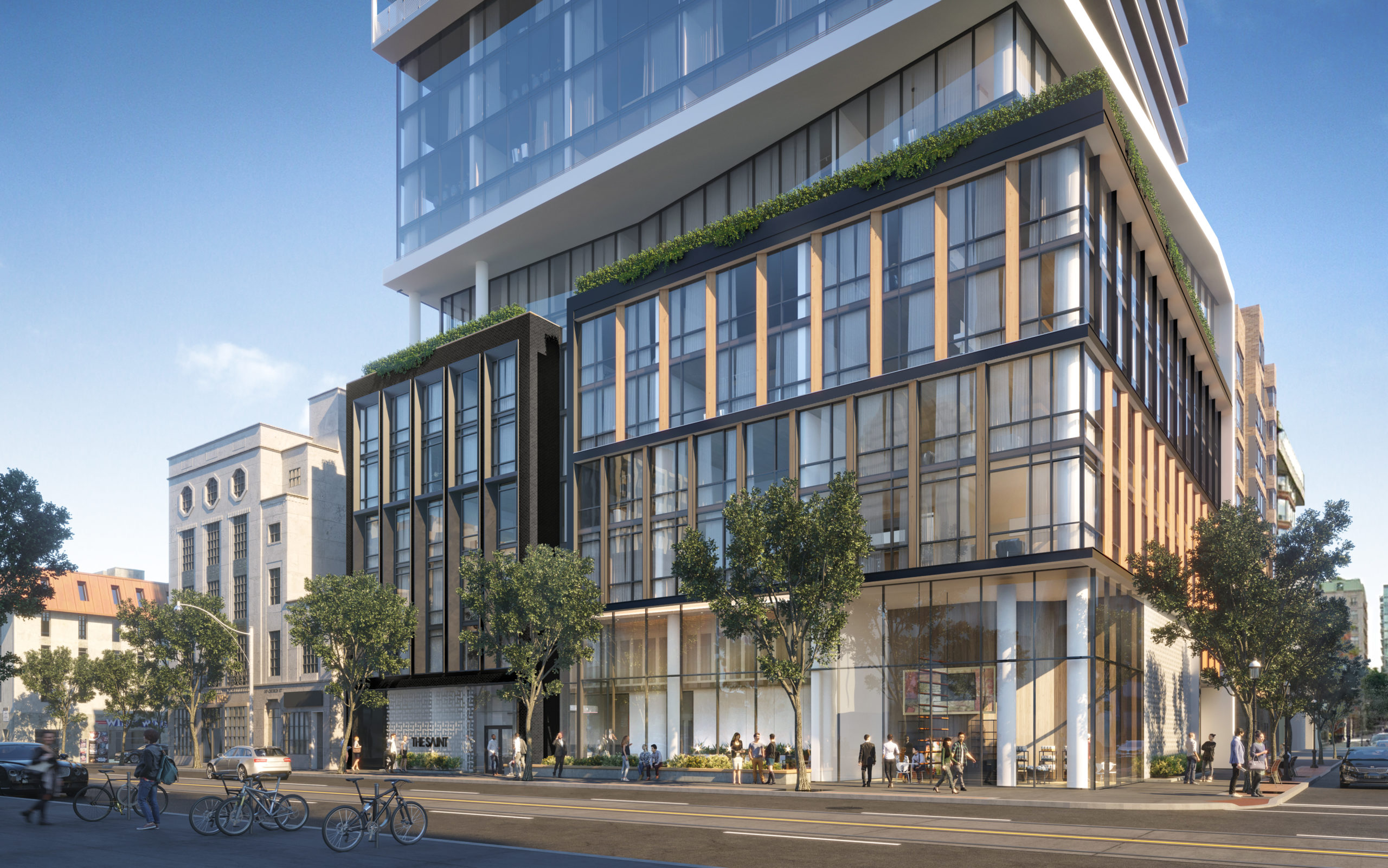 Work continues on the 2nd floor of the Saint. 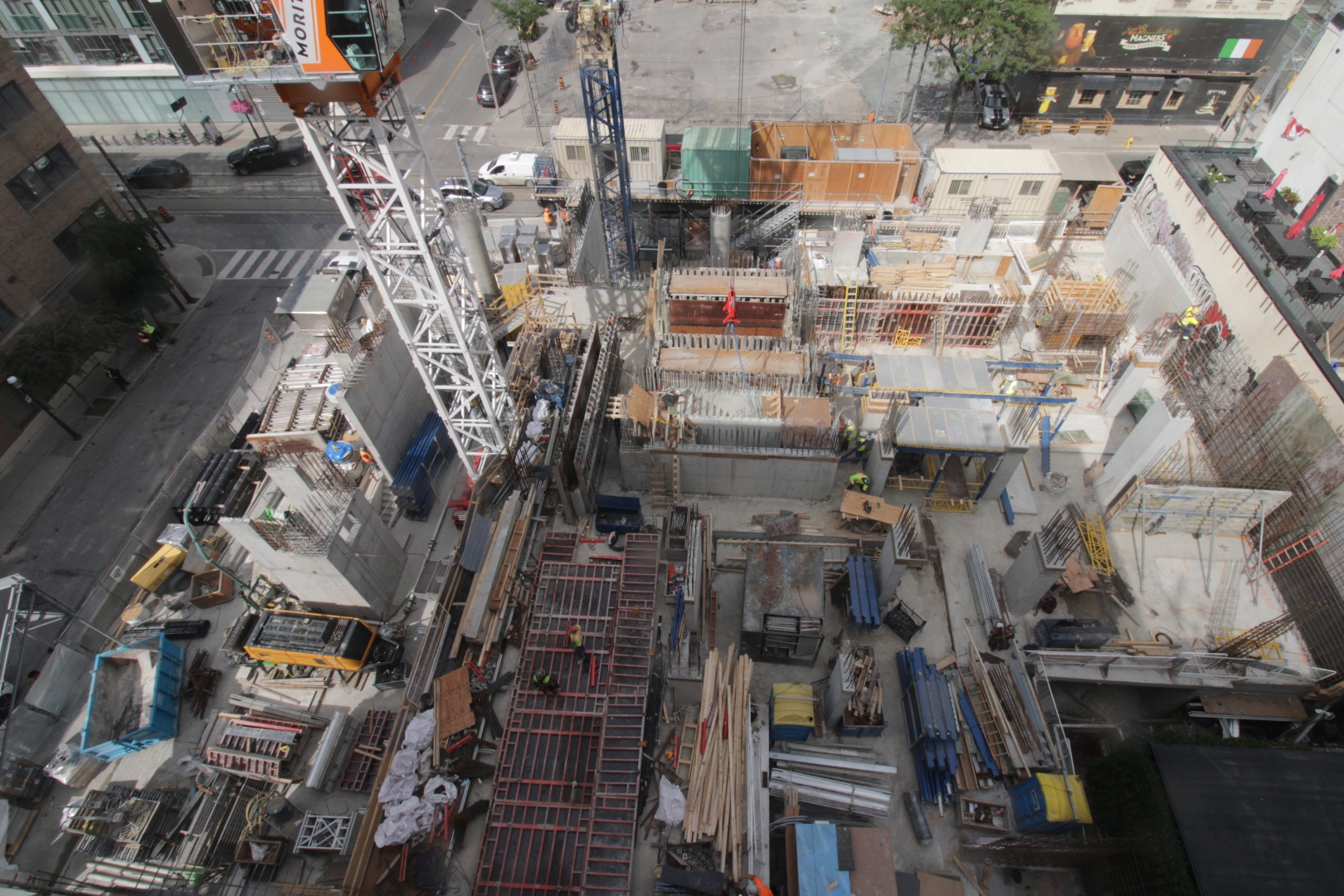 If you would like an invitation to the next meeting please email us at: contact@thesaintconstruction.info 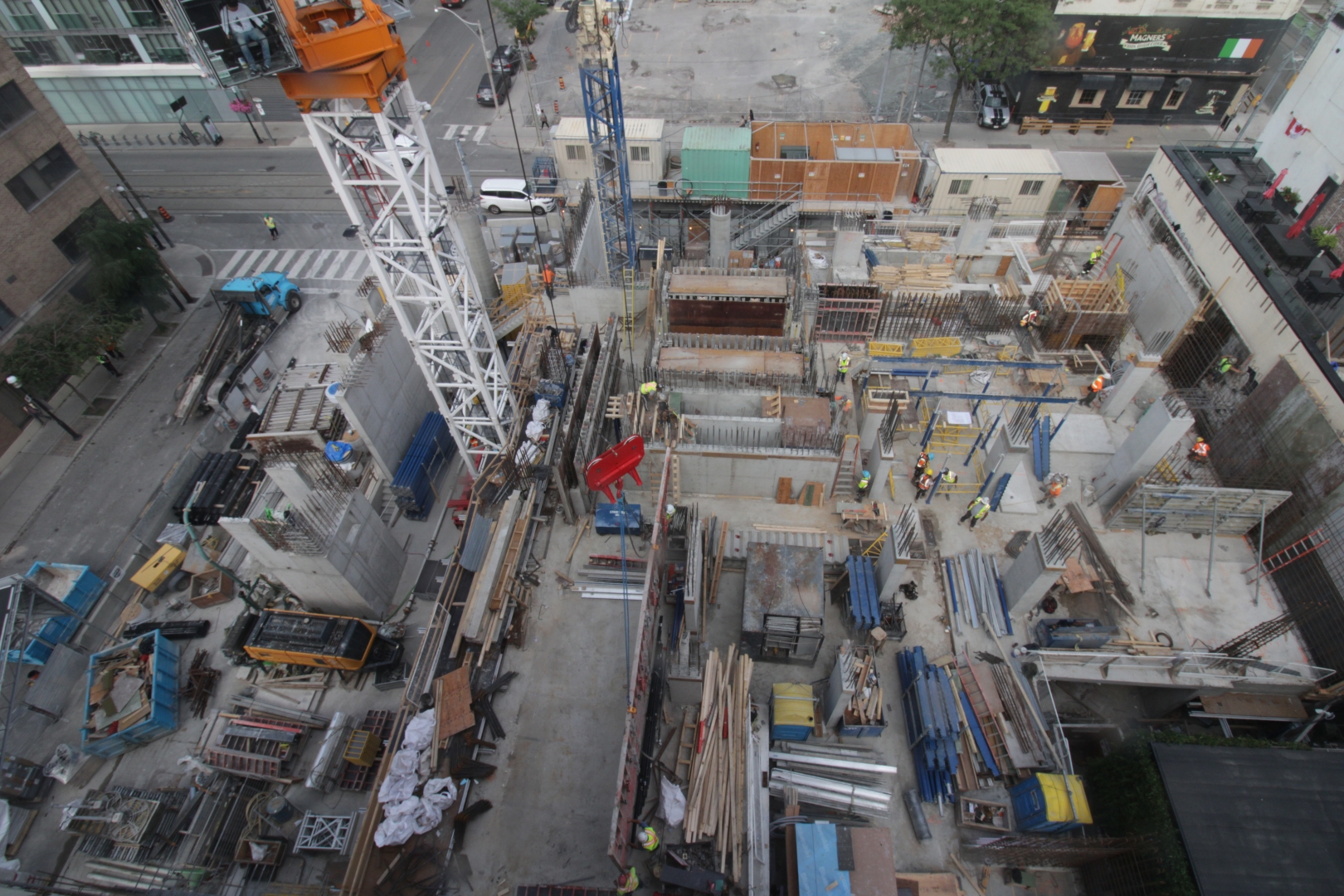 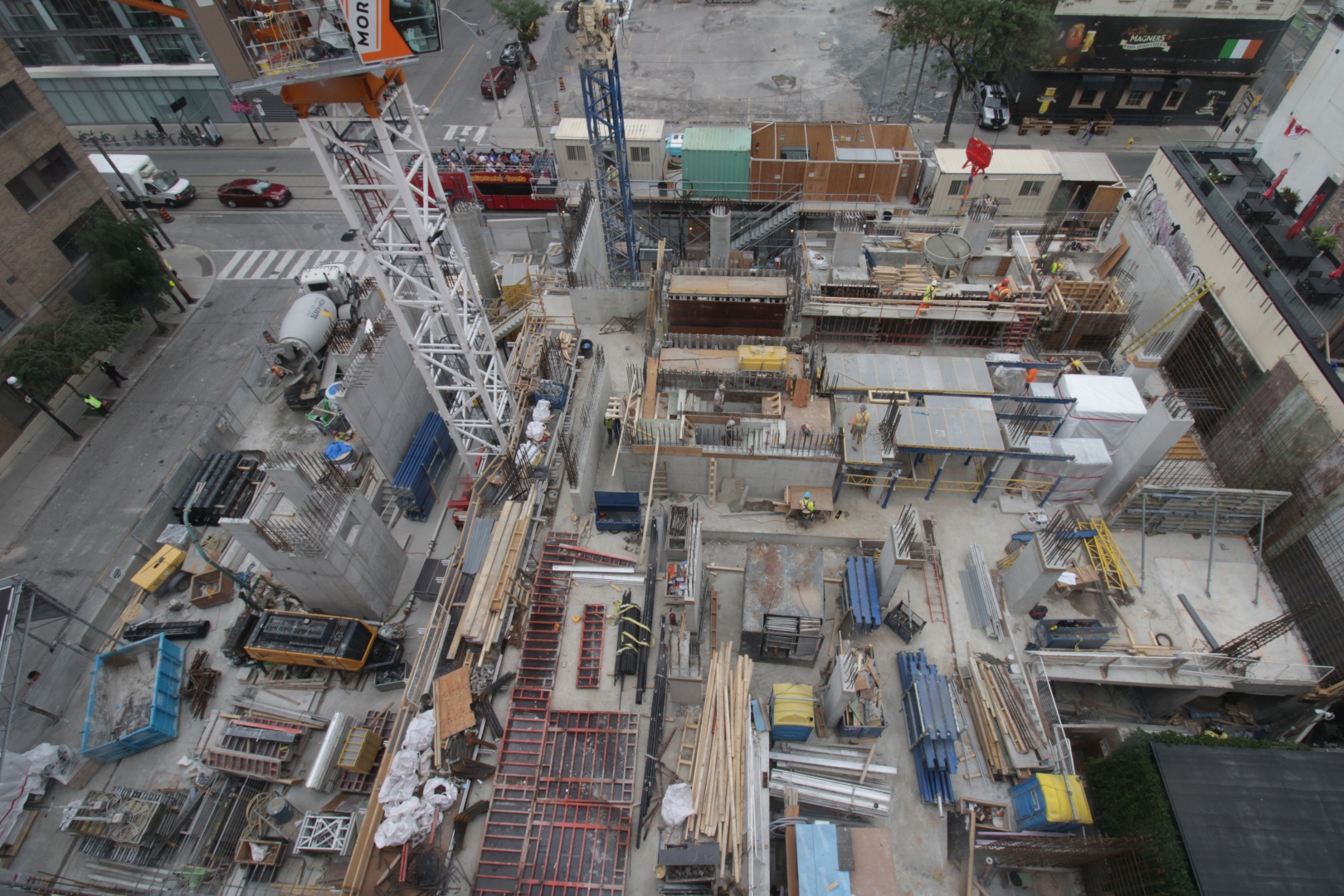 There have been supply issues with concrete aggregate of late in Toronto, as was noted at the July 7, 2022, Construction Liaison meeting. This obviously affects the pace of work and the realization of construction goals that we note in these construction updates. Therefore there may be revisions to our updates based on what the crews on the site can actually achieve and planned dates for completing certain stages, for example the 3rd floor slab floor, may well be adjusted.

Views of the South Elevation of the Saint. 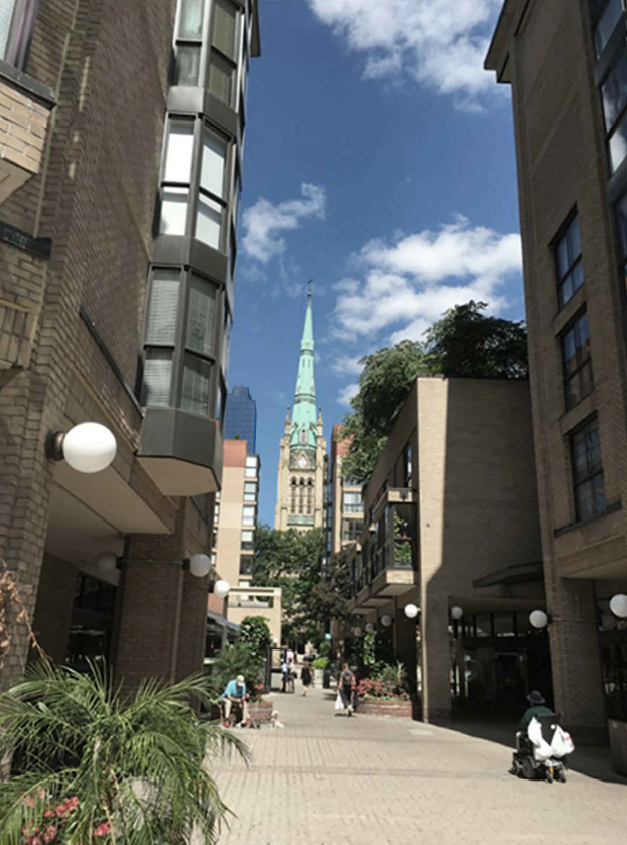 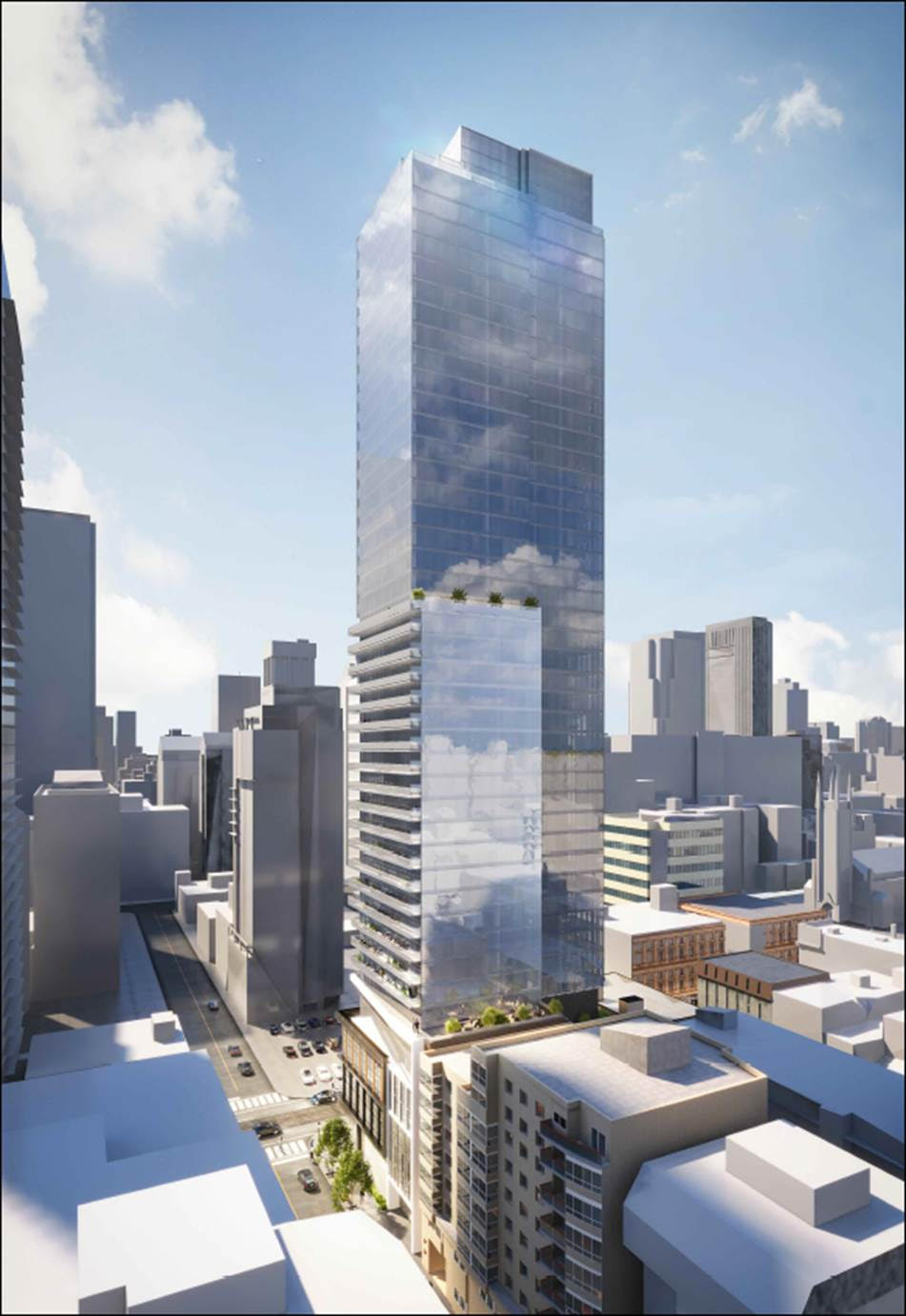 We had a good turnout at the July 7th meeting.

The renderings for the South Elevation (above right) of the building, and in particular a rendering of what the view will look like from Front Street East (above left), were reviewed and discussed. The South Elevation was designed, per City of Toronto guidelines, to essentially fade into the sky when viewed from Front Street, allowing the heritage view of the St. James Cathedral spire to be highlighted.

An update on the pedestrian study for Lombard Street was provided. Traffic Consultants are reviewing the data they have gathered from cameras and direct observation. This study is examining the feasibility of closing pedestrian access along the north side of Lombard Street, along the construction site, and instead installing an official City of Toronto crosswalk farther east on Lombard. The idea has been discussed at two Construction Liaison Meetings, with representatives of The Bentley and Muriel Collins Co-op, and will be reviewed by City of Toronto staff, including the Work Zone Coordinator, and by the Councillor’s office.

It was noted that there have been supply issues with concrete aggregate which has affected the pace of construction, as we also mentioned above in today’s update.

It was decided to leave the date and time of the next Construction Liaison Meeting to be determined, when there is feedback from the City staff, the Councillor, and Traffic Consultants, on the pedestrian study and crosswalk proposal. 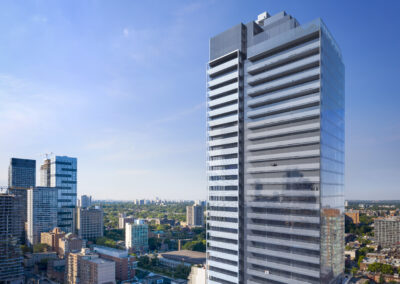 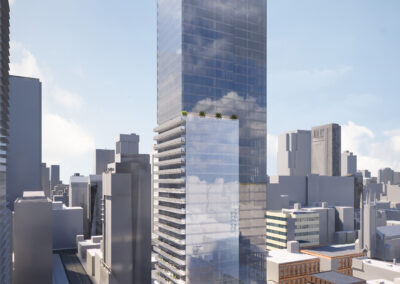 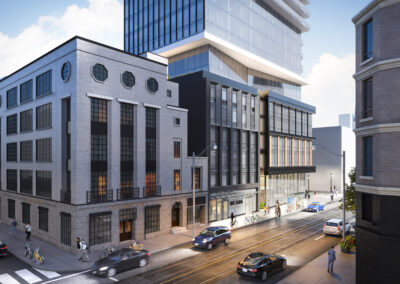 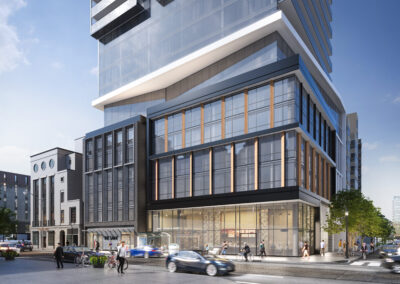